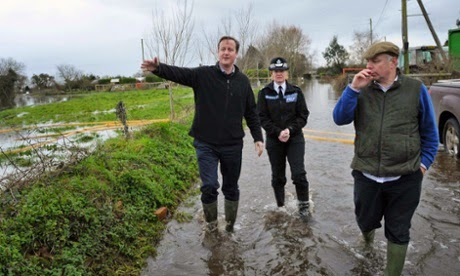 Dear Prime Minister,
On the 23rd Sept you will be in New York to attend the climate change conference.
The future of the world now hangs in the balance. The emerging science and evidence on the ground makes this unambiguous. However, the prospects for the meeting are not good. Already reports are being prepared by Lord Stern amongst others claiming climate change can be tackled and in so doing economic growth can either be maintained or improved. This is delusional.
It takes no account of how the politics of a zero carbon global economy must be significantly different from the fossil fuel based economy of today. It takes no account of the under-estimations that the IPCC models have consistently delivered. It takes no account of the critical warming already in the pipeline due to the 30 year time lag between carbon injection into the atmosphere and the subsequent heating. It takes no account of the wars that are breaking out around the planet driven by the combination of climate change and energy shortages, nor the intensive preparations that are being made for war by the all the main industrial nations.  It takes no account that during the last 30 years the same amount of fossil fuel has been burnt as had ever been burnt up to that point. The unavoidable truth is that far greater disruption is to come than that which we are experiencing today. This is irrespective of even the best actions that you may agree to on the 23rd Sept. To continue deluding ourselves that despite all this evidence we can actually improve economic growth is a recipe for under achieving on climate change efforts and ensuring that the worst case scenarios materialise.
As these crises unfold the main economic blocks will be forced to compete harder against each other for food, energy and other critical resources. It will make achieving the type of co-operation that we need to tackle the coming crisis increasingly difficult, but without this co-operation our fate will be sealed. Instead, nations will be tempted to make every effort to protect self-interest by developing fossil fuel economies thus exacerbating the risks that they are trying to avoid. This path leads to a dangerous downward spiral.
Your government has already taken the first inadvertent steps down this spiral. In contrast to extending out the hand of co-operation to the rest of the world, you have committed to pursuing the Trident replacement. Your party has justified this by the increasing instability in the world, much of which has its origins in climate change. To support this decision, the country requires a massive, energy intensive military industrial complex and expanding economy to raise the taxes. This is the antithesis of what is needed to tackle climate change.
There is no comfort in the decision that Trident only constitutes a couple of percent of GDP. The costs of maintaining the huge industrial complexes it needs must be amortised across civilian markets. It forces these to be sustained, irrespective of the ecological damage they cause.
As a measure of this, DECC has already proved unable to provide a comprehensive carbon budget for Trident. This is despite the commitments that the Conservative Party agreed to in the last parliament to provide carbon budgets for all major decisions.
It is therefore imperative that you consider far bolder actions on climate change than are normally accepted within the current discourse. You must advocate for nuclear disarmament and climate change talks to be integrated. These are the flip sides of the same coin, industrial competition. Doing this forces the question of the rationality of maintaining high carbon industries and a competitive environment that drives international relationships at this time of planetary risk.  Failure to do this guarantees failure in the fight on climate change.

Posted by Kevin Lister at 10:37 AM No comments: