Why do we let politicians lie to us?

We could try and persuade ourselves that we are powerless to stop them or we can blame the press for not holding them properly to account or pretend to ourselves that that they are of such low life that we should expect nothing better.

But, what would happen if we got our wish and the politicians suddenly spoke the truth, what would they say to us?

Atmospheric CO2 is at 400ppm and increasing so fast that catastrophic global heating is unavoidable. As a result sea level rises will be so high that we must immediately start evacuating our coastal cities and decommissioning our nuclear reactors.

There will be no energy to enable us to do this, because we will either run out of energy or the climate change agreements we reach in December this year will be so draconian that we won't be allowed to burn what we have. All the critical life support systems in our energy intensive economy will cease to be reliable, from the refrigerators in your homes to the logistic systems that deliverer food and emergency aid.

In the chaos that we face, we will be unable to trust any other nation to abide by international law and we expect increased proliferation of nuclear weapons.

With a global population heading towards 10 billion, all these problems will be magnified by mass migration, panic and endless war.

That is what our politicians would tell us if they were to tell the truth, and then they would ask us to vote for the cold blooded rational policies to address these crises so they had the mandates they need but which we fear giving to anyone.

And what would you do if you heard the politicians telling everyone the truth and you realised the masses now know what you fear. You will do what everyone else will do, you will race to your nearest Tesco to rip the food of the shelves and beat to a pulp anyone that tries to stop you, meanwhile everyone will be doing the same.

It will be a free for all, and it is to stop this that we accept the lies of our politicians. We all know that none of them can balance the budgets, fund the NHS, tackle climate change or solve wealth inequality, but we accept these failures as the price for stability and we hope against all reason that the lying can continue indefinitely.

So we go to the ballot box and partake in the charade, because that's all we can do.

See http://www.amazon.co.uk/The-Vortex-Violence-losing-climate-ebook/dp/B00PUNSI06
Posted by Kevin Lister at 3:03 AM No comments:

Swindon Think Slam, first talk - How Long do you want to live? 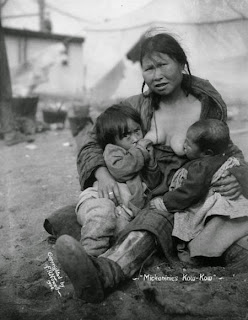 How long do you want to live? From the time of Stoneage to the onset of the 1st World War, the life expectancy of a male in the UK was around 52.  If this were today, there would be less than a 50% chance that I would be here.

Today life expectancy for a male is 79 years, giving me 27 chances to attempt win this event.
If I died of a heart attack now there would be lamentations that my passing was too early. Today no one is expected to die young.

Many people are not even expected to die old.  80 years olds are often subjected to invasive surgery to drag out their existence for a few more years.

If you have used your mind, body and soul to its fullest potential so that fatigue is flowing through your veins, do you really want to drag out your existence till you become a burden on society or should you welcome the long sleep with the satisfaction that you will live on in the memory of those that you love.

In the techno-centred world that traps us all, such talk is dismissed as a slide towards fascism. But our techno-centred world can only survive by destroying the natural and depriving us from ever using our minds, bodies and souls to their full capabilities. Instead, our minds are filled with trivia, our bodies with junk food and poisonous chemicals and the spirit of our soul with the self-interest needed for survival in a hyper competitive industrial world on the point of collapse.

Today, few people live life to the full.  Rarely does anyone connect with nature by eating a fish they caught and which wriggled in their hands as it died; we get red meat from McDonalds rather than joining a hunting party to chase down a quarry and kill it with a stab to the neck, nor do we have to fight to death for things that are not for us while fuelled only by altruism and principle.

So perhaps the reason why we try to so hard to drag out our existence is because our society deprives us of so much and we cling onto life in the hope that quantity replaces quality.

We reconcile this dilemma within the myriad of conflicts that our dystopian techno-society creates for us. The same society that diminishes us also provides the techno fixes to extend life expectancy of a new born to 100 years while threatening his early death with runaway climate change and radioactive poisoning.

So what do we do with the old and infirm that are being kept artificially alive long after their natural life expectancy and when society has exceeded all limits of sustainably.

The Innuit community in Greenland living on the edge of survival in the most brutal environment possible were acutely aware of this.  Once their elderly women resigned themselves to fact they were of no benefit to the community they jumped off a cliff to their death.

Perhaps if we told today’s elder generation that the quid pro quo for the profligate lifestyle that they have profiteered from is that they must forgo artificial extension to their lives then perhaps we might have the dialogue we need to avoid a decent into dystopia. This would put the rather mundane debate about how we fund the NHS during the election into a more realistic perspective.
Posted by Kevin Lister at 2:42 AM No comments: