AVIATION PROTESTERS AT THE ROYAL INTERNATIONAL FAIRFORD AIR TATTOO CONDEMN THE PERVERSE SUGGESTION BEING MADE BY SOME AVIATION INDUSTRY SUPPORTERS THAT "AVIATION BIOFUELS" CAN BE MADE SUSTAINABLEWARMING THE PLANET WITH UNNECESSARY JET TRAVEL AND MILITARY EXTRAVAGANCE IS BAD ENOUGH; DESTROYING BIODIVERSE FORESTS AND EXACERBATING HUMAN HUNGER IN THE NAME OF "GREENING" BOTH CIVIL AND MILITARY AVIATION IS UTTERLY OBSCENE - THIS IS THE ULTIMATE MANIFESTATION OF WAR  BY THE RICH ON THE POORPlease Sign This Alert Against Lufthansa's Sickening Biofuels Scamhttp://tech.groups.yahoo.com/group/biofuelwatch/message/4865http://tech.groups.yahoo.com/group/biofuelwatch/message/4866See Here for FOE Europe Report and Peer Reviewed Studies on Biofuel Deception:http://tech.groups.yahoo.com/group/biofuelwatch/message/4828http://www.theecologist.org/News/news_analysis/925075/uk_scientists_launch_scathing_criticism_of_eu_biofuel_targets.htmlhttp://www.biofuelwatch.org.uk/docs/lca_assessments.pdf
Posted by Kevin Lister at 12:33 PM No comments:

Fun and games at the Fairford Air Tattoo

Some interesting statistics and facts for our protest (just like the Air Shows who like to boast their interesting stats)
What would the great Beethoven make of our collective stupidity??
Protesters offer free T-shirts to the visitors of the Fairford Air Tattoo
Protesters trying to get into the Fairford Air Tattoo
Censorship at the Air Show
Protesters get excellent logistical support from the Police
Trying to ask how the arms deals will protect us from climate change
The joys of A-symmetrical warfare on a bike
Its not all hard work fighting the military industrial complex - our lovely Nicki doing far better than the dolly birds straddling the missiles on sale inside the Air Tattoo
Leafleting and Megaphoning at the Air Tattoo
Final Thoughts
Posted by Kevin Lister at 3:09 PM No comments:

Demand for police statement on violation of the Geneva Convention 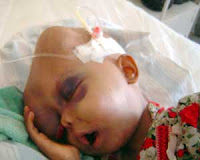 Posted by Kevin Lister at 3:07 AM No comments:

We currently await a statement from Gloucestershire Police on their position on investigating violations of the Geneva Convention by the A-10 pilots that will be attending the show following our on-line petition.
Posted by Kevin Lister at 11:56 AM No comments:

If you have not already done so, please sign the on-line petition to have the A-10 pilots that are visiting the Fairford Air Tattoo arrested for violation of the Geneva Convention from the depleted uranium attacks make in Afganistan, Iraq and now Libya, see the link below:

Posted by Kevin Lister at 6:27 AM No comments: