Many thanks for taking the time to read my previous correspondence (I am assuming that you have read them because you do say so often how effective as an MP you are), and I certainly would not take your repeated failure to reply to anything I send you as evidence that you deliberately ignore my emails.


I am writing this time to complain about the massive expansion in capacity that Birmingham Airport has announced that it is going to go ahead with. They are cynically exploiting the cancellation of new runways at Heathrow and Stanstead. As you are aware,  these were cancelled because of the overwhelming evidence of the adverse climate change impact they would cause. It is therefore reprehensible that Birmingham Airport should post on its web site that they will Demonstrate a corporate commitment to reducing CO2.
As a member of the government that claims it will be greenest ever, I am sure that you must as appalled by this and that you also recognize that this is fraud. It is inconceivable that the airport would be given the go ahead if it was truthful about it climate change impact.
I therefore expect that you will be delighted to support us by joining the mass movement to get the Serious Fraud Office to instigate criminal prosecutions against the directors of the Airport for fraud, and that you will make a representation of your own.
You will also be appalled to learn that this extension is supported with millions of pounds of public funds, especially when you have been so outspoken about the need to spend public funds wisely and why we all need to accept cuts in public services. The recent report from the IEA  that world oil production will fall from 68 million barrels per day to as little as 16 million barrels per day in 2035, makes any airport expansion non viable and the diversion of public funds based on deliberately false assumptions even more criminal.
I look forward to your positive engagement on this important matter and being able to post your supportive emails on-line.
Please do join our facebook group: Get Birmingham Airport Prosecuted for Environmental Fraud
Kevin Lister
Posted by Kevin Lister at 4:21 AM No comments:

We wish to report John Hudson (Chairman) and Paul Kehoe (Chief Executive) of Birmingham of Airport for Serious Fraud.

They have announced that they are to proceed with a multi million pound extension of the runway at Birmingham Airport with the primary aim or allowing long range jets to use the airport to access markets on the West Coast of America and China.

This  development will create huge additional CO2 emissions, which will cause a loss to others from climate change that is so great as to be unquantifiable. It is hard to think of a more serious crime than this.
We note the false claims on the Birmingham Airport Web Site with reference to the their position on the environment and on aviation's contribution in general. We further note that if a correct and truthful statement on the environmental impact was made then it is inconceivable that this development would be allowed to proceed. The aviation industry are in possession of the full facts on climate change, so the statements they have made are knowingly incorrect. We also note that Birmingham Airport will also seek to cause further loss to others by securing public funding for the development.

Specific false claims made on their web site follow:

“We aim to reduce our energy use and carbon footprint”  - This is totally incompatible with their aim of developing their business through increasing service provision to long range destinations.  The opening statement on this web page is a blatant attempt to falsely portray a benign and caring position on their environmental impact, which can be nothing short of destructive.

“Identify and introduce new technology” There is no evidence that the introduction new technology reduces total emissions. It should be noted that the claim using new technology has been made repeatedly by the aviation industry as the main thrust of its approach to tackling climate change. Delivering this message was the primary remit of Flying Matters, which was the industry lobby group. However they proved totaly unable to justify their claims and so flawed was their argument that they have recently been wound up.  It this reprehensible that Birmingham Airport are still pursuing this same deliberately false argument.

“Aviation contributes 3.4% of the world’s CO2 emissions and these emissions will grow at 0.7% per year “ This is deliberately misleading as it does not account for the environmental cost of sourcing the fuel, such as emissions from tar sands oil production, CO2 emissions from deforestation for biofuels, etc. It also does not include non-CO2 warming impacts which are at least as great as the CO2 alone. Also the argument that aviation emissions will grow at 0.7% a year is plain wrong. Emission growth in the EU has been 4.2% per year since 1990 leading to a doubling of aviation emissions every 17 years and similar growth is expected in the emerging markets that Birmingham Airport wants to serve.

Even if the 0.7% was correct, it is still exponential growth at a time when it is vital that we reduce CO2 emissions to get the current level of atmospheric CO2 down from the critically dangerous level of 390 ppm to 350 ppm. They have therefore been fraudulent in omitting the critically important fact that greenhouse gas emissions must be reduced. Instead they have tried to imply that this situation is currently acceptable because their claimed 0.7% growth rate seems to imply a small and acceptable increase.


“Nevertheless, there can be no room for complacency and the industry continues to commit money and resources to find new technological and operational solutions that will reduce air travel’s contribution to the global problem. Most noticeably, aircraft have become 70% more fuel-efficient than they were 40 years ago. Birmingham is proud to be home to many green fleets including Flybe’s Q400 and Embraer 195 aircraft, and Ryanair’s 737-800 aircraft, all of which move people for less fuel burn and lower emissions per seat than the smaller and older types.”

This whole paragraph is deliberately fraudulent. The new extension will not use “fuel-efficient” planes such as the ones listed here, instead it will specifically aim to serve much more polluting planes such as the A-380 which produces huge amounts of greenhouse gas emissions every flight. It is also fraudulent to claim that planes have become 70% more fuel efficient than 40 years ago, when the current generation of planes are only now reaching the same levels of efficiency as the piston engined planes of the 1950s.  As regards the claim about “green fleets,” there is no such thing as a green plane.

We also note the Airport's directors are abusing the "fictional person" status that the airport enjoys in law. As there is no legislation to make increasing the pollution generated from the airport illegal, despite the overwhelming scientific evidence on climate change, then the management should be excercising  extra care to ensure that such loop holes in the law are not exploited to the detriment of everyone else.
We therefore believe that the management, as controllers of a powerful corporation,  "occupy a position in which they are expected to safeguard, or not to act against, the financial interests of another person" and are thus clearly abusing this position.


It is unavoidable that this development will cause millions of tonnes of additional greenhouse emissions per years. The emissions are being allowed as a result of the deliberately misleading claims that the Airport is making about its environmental impact. Making false claims and deliberately ommitting information with the intent to make gain is fraud under the definition of the Fraud Act 2006. Specifically Section 2 (dishonestly makes a false representation), Section 3 (dishonestly fails to disclose to another person information which he is under a legal duty to disclose), Section 4 (Fraud by abuse of position).


Thousands of innocent victims will suffer as a consequence of this development. There is no way out of this nightmare scenario, other than treating false claims as the fraudulent crimes that they are. It is therefore incumbent on the SFO to fully investigate these claims and prosecute the main perpetrators, thereby demonstrating the law will provide real people the with same protection corporations enjoy through their “fictional person” status.
Posted by Kevin Lister at 4:30 AM No comments:

Congratulations to Flying Matters Michelle on losing her job 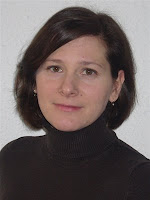 
Following our correspondence, I am delighted to read in Executive Review of Travel that Flying Matters is to be wound up. I am sure you are having a hard time coming to terms with several wasted years of your career.

As you are hopefully aware we did report you to the Serious Fraud Office for the deliberately misleading claims that you made on your web site about the aviation industry being committed to reducing their CO2 emissions, when the opposite is clearly true. Hopefully you can look on the bright side of things and be thankful that you are only losing your job and reputation, rather than going to jail.

The winding up of Flying Matters, and with it your loss of job, will of course give you the opportunity to make amends and go public about how misleading the aviation claims are on climate change.  I hope that you will take up this wonderful opportunity before it is too late.

Best wishes in your search for a more positive career move.

P.S. - after your previously unsuccessful attempt to join Airport Watch, you could now always try again, this time without using funny aliases.