Why Gloucestershire should not welcome the Olympic Torch

Sent to all editors of Gloucestershire news papers 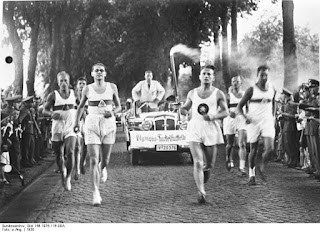 It is useful to recall the tradition of the Olympic torch. Adolf Hitler started it for the 1936 games. He also is famous for going on to start the Second World War, gassing the Jews and trying to implement a scorched earth policy. Since 1936, the Olympics and politics are inseparable. It gives odious nations and destructive corporations the opportunity cleanse their image to the world.  The Olympic movement has shown that it is not too bothered which organisation capitalises on this opportunity, so long as the money rolls in.

In a clear demonstration of Olympic amorality, this year they have seen fit to award BP the title of its “sustainability partner.” This is greenwashing on a monumental scale. BP is the company that virtually destroyed the Gulf of Mexico, is destroying the Canadian Forests through their tar sands projects and now threatens to destroy the Arctic with deep sea drilling. They are one of the most polluting and destructive organisations on the planet. Their actions are leading us to disastrous runaway climate change. They are joined by fellow sponsors such as BAA which is arm twisting the government to expand the carbon intensive aviation industry and Dow Chemicals who are yet to adequately compensate the victims the Bophal disaster. 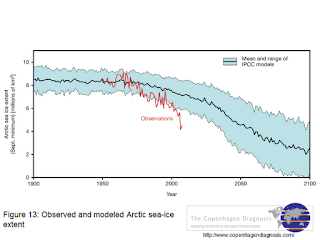 We should be under no illusions how bad the environmental catastrophe is that these large corporations are seducing us towards. Every single measurement of climate change is either at or exceeding the worst-case scenario of the 2007 IPCC report. We have been put firmly on the path to extinction.

To put it in perspective, today’s corporate sponsors of the Olympics are succeeding where their predecessor Adolf Hitler failed. They are successfully implementing a scorched earth policy by maximising carbon emissions and triggering runaway climate change. They are knowingly gassing the planet for today’s young people with critically dangerous levels of greenhouse gasses. By comparison Hitler limited his gassing mainly to the Jews. The directors of these corporations know what they are doing is wrong and immoral, but they choose to continue and hide behind propaganda.  They should take note that the defence of only carrying out orders and pleading ignorance failed at Nuremberg.

As well as the corporate sponsors, we should also be looking at the countries that come to play at the Olympics. Why do we let Bahrain and Saudi Arabia come when they are abusing human rights so violently at home? Why do we let India, Pakistan and Israel come when they have refused to abide by the nuclear non-proliferation treaty and are leading the world closer than ever to nuclear war? Why do we let Russian and China come when they concern us so much we are about to impoverish our country by spending £100billion on replacing Trident? Why do we let America come when its corporations have lobbied so hard to stop climate change agreements?

We do this because it is more important the interests of the corporations and governments who profiteer from the Olympic movement are protected than the people they endanger.

The sad reality is that the Olympics are an anachronism from another time that we cannot return to.  The people of Gloucestershire should not welcome the Olympic torch.

E-mail to board of BP directors

Indian violation of the NPT